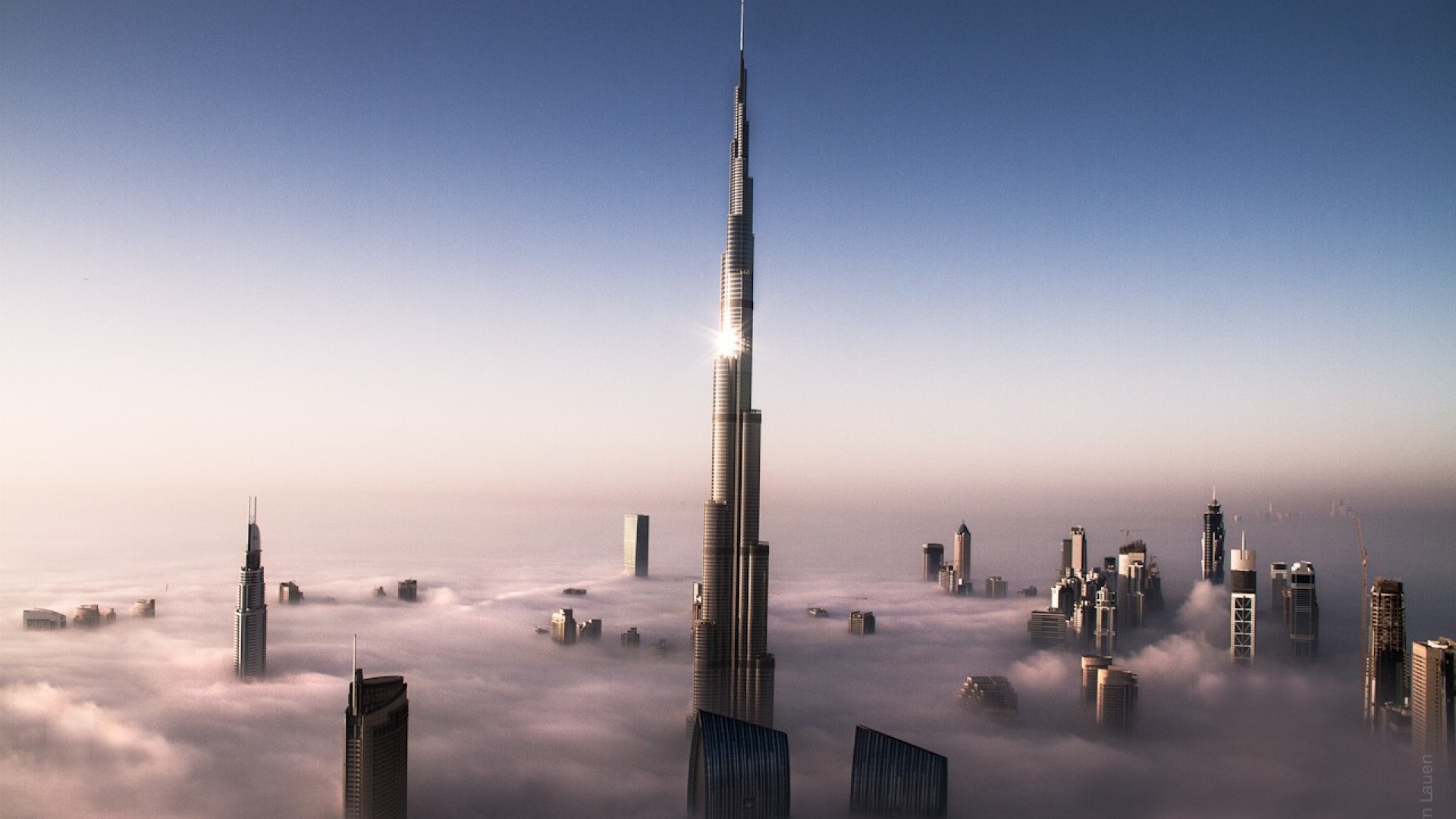 It’s a little devious, in fact in any other circumstances you may call it cheating. But in the world of the World’s Tallest Buildings, height is all that matters- no matter the cost. When we started to investigate for this blog we were blown away by the brazen claims being made by engineers who were claiming victory over the world’s tallest buildings- when in reality, a large portion of modern buildings remain unused to general traffic.

Not so large after all?

In fact, if you were to take a handful selection of the tallest buildings in the world, many of them share the same ideas. While the building itself may be impressive, why not add on a little extra “fluff” to secure your position as one of the highest buildings? This has become known as ‘Vanity Space’. Which is to say, portions of the skyscraper in which doesn’t serve a legitimate reason other than to extend the height of the building. In some cases such as to our left in the Burj Khalifa, from floor 110-163 the building ditches the residential plans of the floors proceeding it and becomes a collection of corporate suites, observatories and a communication hub. While it’s fair to say the building is impressive regardless, it’s not alone in the endeavor to tack on a little extra height. 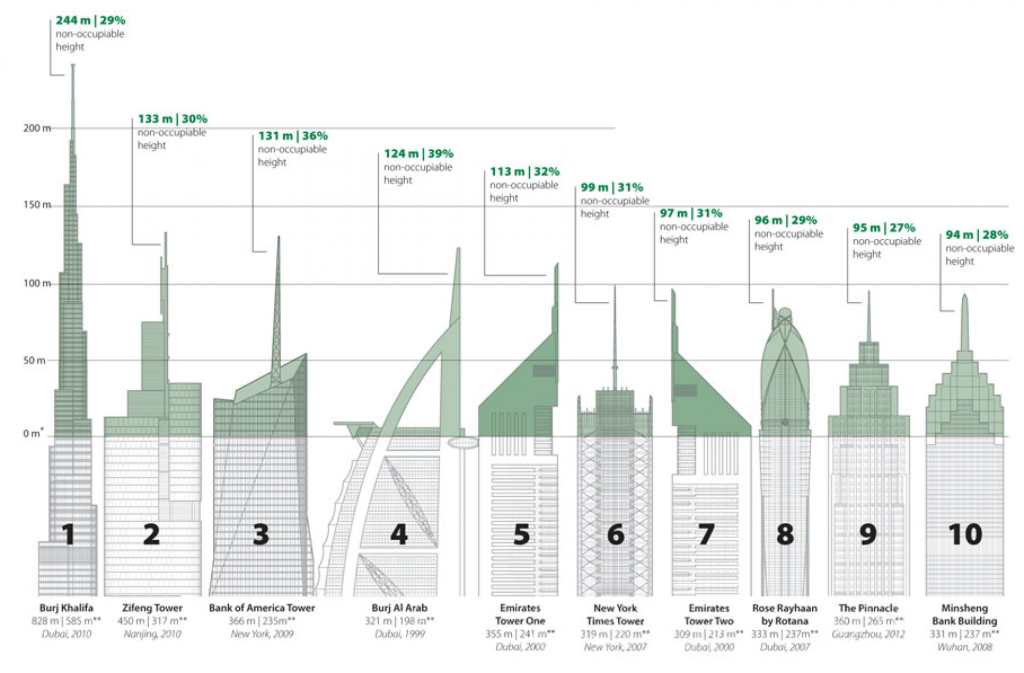 As you can see above as stated by CTBUH, the Vanity height on various skyscraper’s around the world are taken down a peg when we realize how much space is fluff, or vanity space intended to outstretch their arms as far as they can into the sky. Though, we should be mindful this isn’t all bad- it’s still an incredible feat just to build structures to this size. In fact the future is already shaping up to contain larger structures of even more impressive designs, with CTBUH reporting that they expect for us to build the first kilometer tall building before the end of the decade.

According to the council o the CTBUH describing buildings as SuperTall is no longer a viable term to describe buildings, but that we are truly entering an era of MegaTall structures- that is structures over 600 meters.  With a steady rise in larger and larger structures SuperTalls are expected to become the new normal as MegaTall structures take root in cultures around the globe. 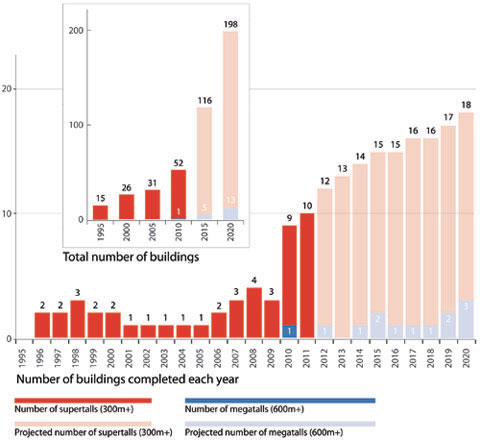 The future looks epic indeed. But this brings about another important point, at what point are we creating more of a problem than solving one? The energy and environmental resources these buildings require are not without merit or from an infinite source. Building taller may be beneficial in areas with high population densities, but such structures come with a cost.

With every increase in height, there are energy implications in the construction, maintenance, and occupation of a building.

As stated by CTBUH, the question arises to the future, how do we maintain and continue growth and development while respecting the natural (and unnatural) resources surrounding our cities? This is a question not easily answered, but one we’ll be following up on in the future.

In the Pursuit of Landing on your Feet